Is it possible for traditional companies and others based on the collaborative economy to share a market and have mutual benefits? This topic was the common thread of the talk “Collaborative economy vs. traditional businesses: Impossible coexistance?“, presented by Mónica Muñoz, founding partner of The Innova Room, at EAE Business School .

Triggers of the rise of the collaborative economy

To understand the collaborative economy phenomenon, we first analyze its origins and identify the factors that drove its development: 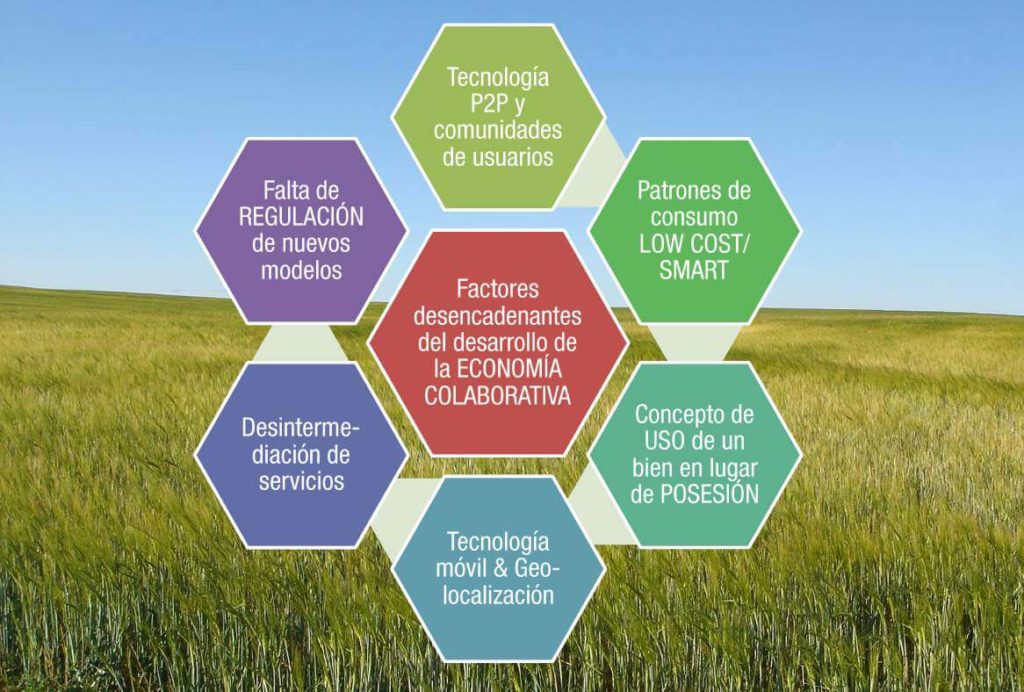 Triggers of the development of the collaborative economy

Technological factors can be identified, such as the emergence of P2P platforms in the late 1990s, or more recently the explosion of mobility and geolocation.

But the success of the collaborative economy is also largely due to social factors such as the change in consumption patterns as a result of the crisis (in favor of more efficient models, with lower costs and attention to sustainability, even if this implies giving up possession of property). And from the business side, the creation of business models that eliminate intermediaries and in many cases take advantage of the loopholes of a lack of regulation or gray areas in it.

Advantages and conflicts in the collaborative economy

The collaborative economy offers important competitive advantages such as:

This has allowed it to gain market share in very diverse sectors, even threatening the dominant position of the big players in some cases. When this happens, the reaction of the traditional sector is immediate; conflicts are currently observed on multiple fronts, with requests for regulation by lobbyists, neighborhood protests, blockade by governments of the operation of some platforms, etc.

Two worlds that compete for the same user – but operate with different rules – collide. What future strategies can there be for both?

The following diagram outlines four possible collaboration strategies between companies belonging to traditional business models and others with collaborative or shared economy models. If they are classified according to the greater or lesser implementation cost, or the mutual influence between both models, these quadrants emerge: 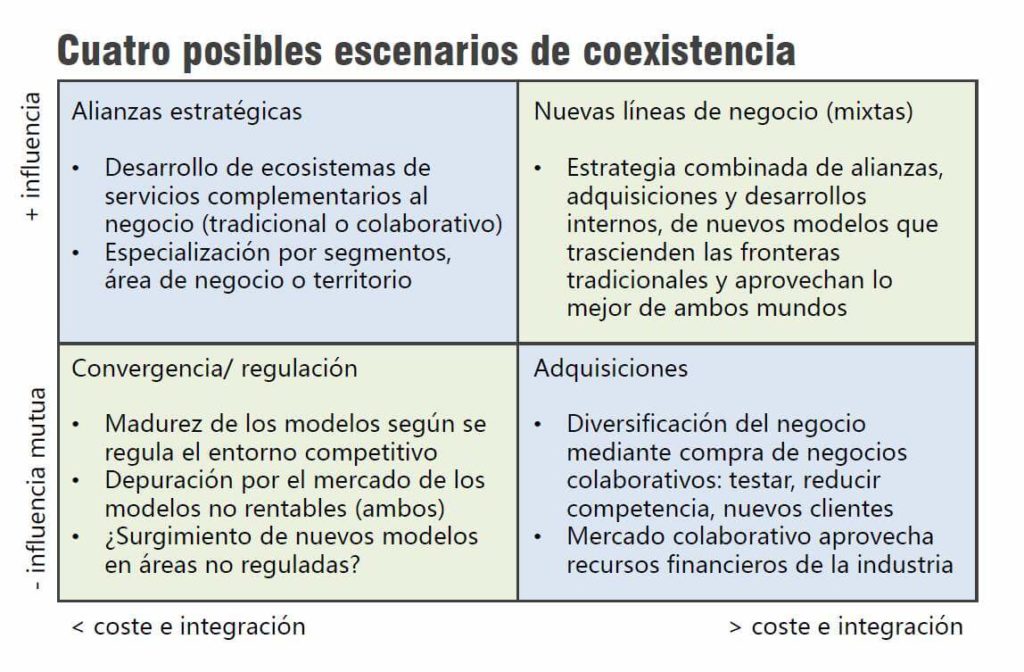 The simplest strategy goes through a regulation of the competitive environment, limiting certain assumptions and fields of action. As a consequence of this intervention, there would be a certain convergence between the different models, or also a purification of those that are less profitable (whether in the traditional or collaborative sphere).

However, the most dynamic scenarios arise in the other three quadrants, going through alliances between companies to form ecosystems with a focus on the client, or mergers and acquisitions that allow reaching new markets. And the most stimulating scenario involves the creation of new business models, even within traditional companies, based on the collaborative economy and its great efficiency in the use of resources and capacity for innovation.

In the full presentation (in Spanish) shared via Slideshare, some success stories are presented in various industries (hospitality, restaurants, transportation, personal services, etc.) where some of these strategies have been applied to develop new businesses:

Ecollaborative economy vs. Traditional businesses Impossible to coexist? by The Innova Room

In summary, four keys that define what the collaborative economy is:

Coworking in restaurants: is it posible?

Login to The Innova Room
Reset Password
Enter the username or e-mail you used in your profile. A password reset link will be sent to you by email.
Contact

How can we help you?